The Future of Delivering Legal Services: An Opportunity for Big Law

The legal industry continues to experience pressure on its traditional business model. These changes have left many firms seeking alternative ways to increase revenue. For some, the solution may be to match their subject matter expertise with technology. Firms that are successful in offering their services through technology offerings may be able to generate new sources of revenue and remain competitive even as demand for traditional legal services from law firms remains flat.

Over the last five years, the explosion of new entrants into the legal technology market has not led to any fundamental change in the practice. Law firms may hold the key to changing this dynamic. For example, most machine learning models require large amounts of training data. This training data is often difficult to compile. Law firms, however, generally have an abundance of documents pertaining to legal tasks and perfect for training models on legal subject matter. In addition, law firms have the subject matter experts needed to properly prepare and annotate such materials for training exercises.

The historic lack of law firm participation is indicative of the legal profession’s struggle to adopt an engineering approach to problem solving, which is the result of several factors. Of all these factors, three reasons stand out. The first is misalignment of incentives created by the traditional method of billing on an hourly basis. An engineering approach requires a firm to make a capital investment that will ultimately allow it to perform client services better, faster and cheaper. A law firm, however, loses revenue if it utilizes the same process. In other words, inefficiency can often lead to greater profits. Unfortunately, the environment in which legal services have been bought and sold, especially in corporate America, did not promote efficient outcomes. The second factor was a cartel structure that was effective at keeping non-lawyer competitors out of the marketplace and effectively regulating the number of lawyers. The natural consequence was to create an industry less sensitive to price theory and basic microeconomics.

These forces have given way to increased competition from the Big Four accounting and consultancy firms, and countless others. The final factor is culture. The legal profession remained largely unchanged for decades, with each successive generation training the next one to practice in the same way as the one that taught it. The weakening of the first two barriers and a younger generation of lawyers unwilling to sacrifice quality of life has begun to soften this culture.

What does this all mean for law firms? It may represent a significant opportunity, and for those firms willing to make the investment, legal technology could be a significant new source of profits. Successful law firms are often a collection of highly productive lawyers, which means as a group, there is an enormous amount of subject matter knowledge and expertise. As such, well-respected law firms with thought leaders in their respective practice areas that are able to convert and organize this sought-after knowledge into software and other technology solutions will be able to increase margins and remain more competitive than their peer firms.

This opportunity exists in large part because of improvements in access to technology. In fact, it’s hard to overstate the improvement in performance of deep learning models over the last several years. Several factors have contributed to this improvement: (1) exponential increases in computational resources, (2) the development of simple code libraries and abstraction of complexity in model development, and (3) larger and better processed data sets. Like most advances in technology, this explosion in capabilities has also seen the cost of access plummet. Today, many of these algorithms and models have become standardized. Image classification, text classification, text to speech, speech to text, sentiment analysis, recommender systems and many other tasks all have standard algorithms and models that are available to users as open source code. A word of caution—law firms exploring the internal development of technology should generally proceed only if a sufficient nexus exists between the proposed technology solution and the firm’s core practices and expertise. Law firms won’t fare well competing against the likes of Google, IBM, AWS, Microsoft and the other technology companies.

Firms will also need to be aware of the risks that the use and development of artificial intelligence by law firms raises. Many of these risks involve ethical issues with which lawyers are only starting to grapple. These include determining the appropriate liability for a poorly engineered solution. In the U.S., lawyers can’t generally limit liability. On the other hand, such limitations imposed by software engineers are generally enforced. What if a law firm designs a flawed system that causes a loss, but there is a limitation on liability in the engagement letter? What if the loss is not because of incorrect legal advice but rather a bug in the code? What if the software was separately licensed to the client by a company that the law firm formed to develop the software, which was fully disclosed to client?

In addition, lawyers must be aware of the risk of models that are biased against certain groups of individuals because the data used to train the model was itself the product of bias, or otherwise flawed. Care must be taken not to perpetuate continued bias. This issue will become more important as machine learning is used with greater frequency to influence credit decision, sentencing in criminal proceedings and other decisions that can have a significant impact on people’s lives. While these are all challenges, the potential reward easily justifies expending the resources to overcome them. Those that do will likely become the market leaders of the future. 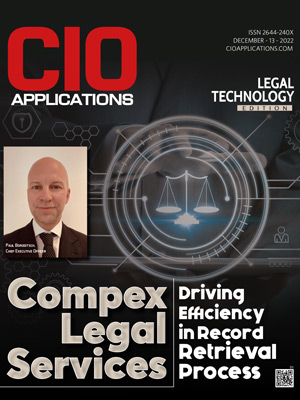 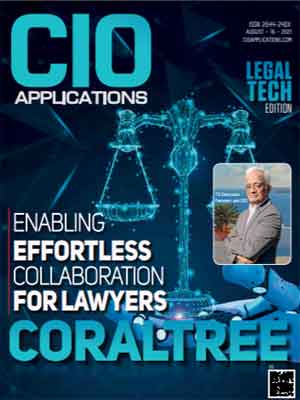